Are you Kenan Capps or do you know him? 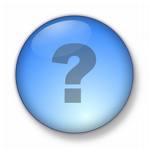 I’ve been trying to locate Kenan since losing contact with him in 1983 at Kadena AB in Okinawa Japan.

Kenan was a military dependent attending Kadena HS and I was a young Airman in the United States Air Force.

Kenan was originally from Huntsville Alabama and had two or three older brothers whose names also started with the letter "K". His mother

had remarried and Kenan’s stepdad was a Sergeant Major in the Army.

If you are, or you know how to get in touch with Kenan, please send an email to: